The index includes the names of all persons applying for compensation arising from the judgment of the United States Court of Claims on May 28, 1906, for the Eastern Cherokee tribe. While numerous individuals applied, not all the claims were allowed. The information included on the index is the application number, the name of the applicant, and the State or Territory in which the individual resided at the time the application was filed. To order copies of these applications, you must submit a completed NATF Form 83 which includes the individual's name and application number. A separate form must be completed for each file you wish copied. To obtain an NATF Forms 83 write the National Archives, NWCTB, Old Military and Civil Records (Form 83), Washington, D.C. 20408. 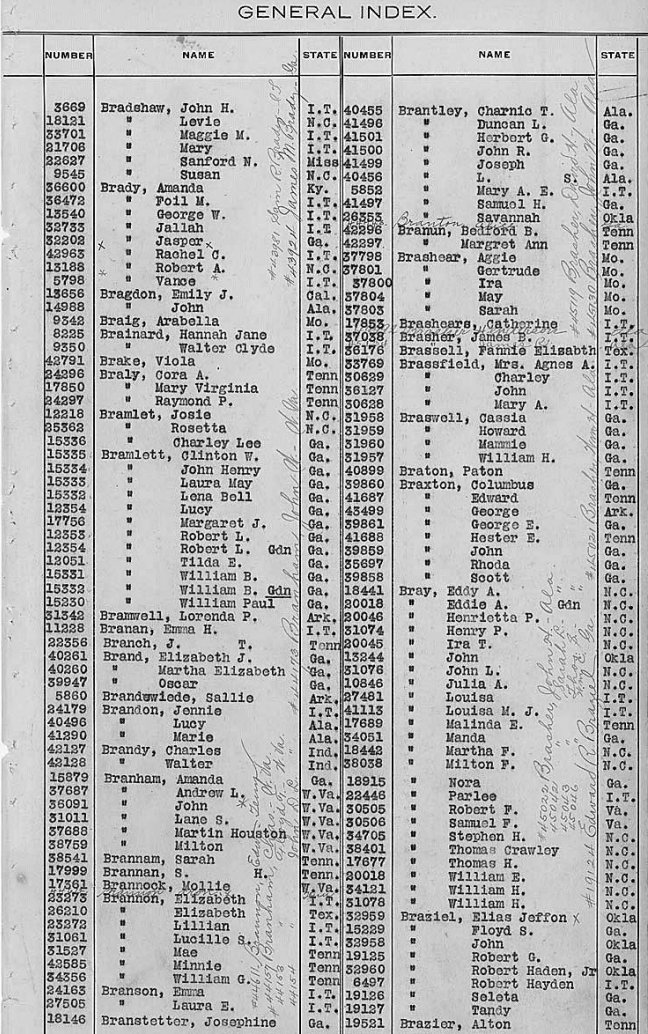