Below is an account that seems to show that William Bramlett, Sr was alive in 1762, when the account was dated. It does not say that the estate of Wm Bromlett, Senr is owed money as it does in the case of Wm Thompson's Estate; which would indicate that the money was owed to a living person.

Bedford County, VA
Will Book 1
P.21-24
Note: Only portions of p.21 and 22 are shown here. The rest of the document provides no additional information regarding William Bramlett, Sr. 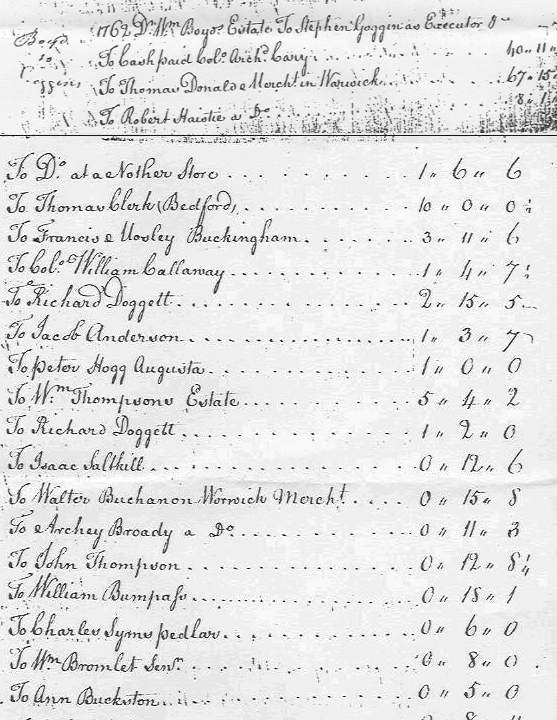